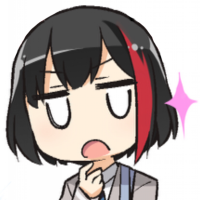 yet another of my rare stamp creations. messy, l don’t have access to where i usually make these... sorry for the garbage quality.

i really want a “just kidding” rare stamp. so much potential. “This is a great song!” “Just kidding~” 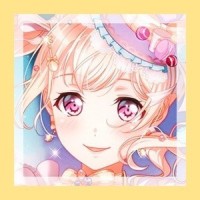 Yeah so I spent actual money, time and effort to make furry kaoru and kokoro, some regrets 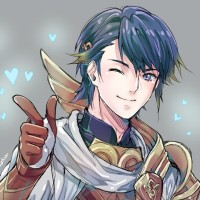 IT'S DONE! Here's my piano arrangement of Song I am! Please give it a listen ^^ 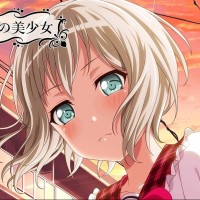 moca with airpods. that’s it

this is really sloppy but i don’t care huhehe.

Howdy gang here are my bandori cosplays I’ve made recently In order there is alien alien miku, then necromancer ako which I didn’t get a photo of the completed thing lol, it was a present for a friend I’ll be doing wizard rinko to match Wego collab Chisato which is the comfiest cosplay i own love that girl!! N then phantom thief which I most definitely shouldn’t of crunched out over the span of two days

I do have a few more bandori cosplans, most of which are chisato lol, and quite a few of them have groups lined up too which is pretty epic

So I like to compose and arrange piano music in my spare time, and I've almost finished my first BanG Dream piano arrangement! It's Song I am by Roselia. Once it's done, I'll post it here! 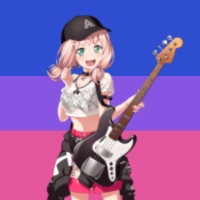 i’m so sorry. there is not one thing that i have posted that isn’t cursed. 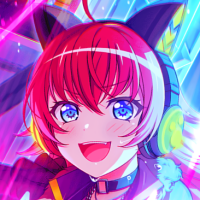 With the Lounge coming soon to EN, I was wondering how to tackle Lounge convos with Rumenise and now Origin. I was thinking of making them interactions between the two, with or without the regular cast. But I’m indecisive, so I wanted to know other opinions. It could be good ways to make different convos but I’m not entirely sure what kinds of interactions occur in Lounge, not until EN release.

I did make an example Lounge convo a while ago, so I’ll put that below.

Yui: “...It’s been so long since I’ve seen a scene like this that I forgotten how comforting it is to watch...”

Kai: “Mm... Did someone say something about a picture..?”

But now that I think about it, band convos. Alright, the stuff above’s refering to convos outside of the band(s).

Edit: I completely messed up my explanation. Check in the comments for what I meant. 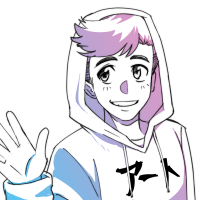 You sick and tired of duplicate 3 and 4 stars?

Well...* Kaoru has given you the chance to get receive luck from her dropping stars into her wishing well, just to help you get better characters! You better thank your favorite actress!