Did you know? Roselia was the first thing I heard when I got into BanG Dream. I heard your song, “BLACK SHOUT”, and was mesmerized. Next thing I know, I fall in love with this franchise. This community appears, and with it, I am given an opportunity to speak to others who play and enjoy this game. But, all of this is thanks to Roselia! Even though I’m a diehard Harohapi and Popipa fan, none of that would’ve happened without the Roselia you helped to create.

And as for Rinko, Shirokane Rinko... This girl is the most relatable Bandori character in the whole franchise for me! She’s painfully shy, easily anxious, and a girl who’d rather just stay inside and play video games. That fits me to a T! I used to overlook Rinrin, and that was a shame. However, with the game releasing in English this year, I was able to learn a lot more about her. She apparently liked me well enough too, as I pulled her 4* during the last Guaranteed 4* Gacha. I was, and still am, completely enamoured by her, and part of this is due to your performance as our dearest Rinrin.

Rinko may have not started out as being one of my favorites, but she sure is now. Your performance as Rinko will always be remembered, and cherished, but I also understand that your health must come first. Thank you for giving us your time, effort and love as a member of Roselia and as the first Shirokane Rinko. I will support your future projects as a seiyuu independent of BanG Dream, and I will welcome the next iteration of Shirokane Rinko with open arms.

To finish off this long post, please have this fanart I made of Rinrin after I heard of the graduation. Thank you for reading for this! 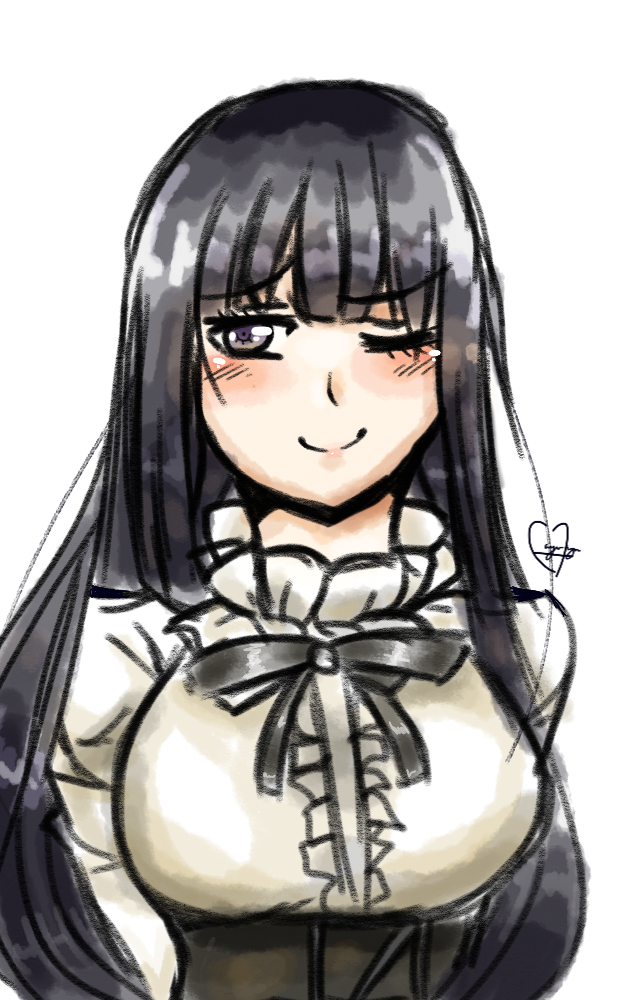