so I uh. made a fanband. I do have designs for them but I still gotta draw them out properly, so I thought for now I'd just tell you what they're all about because I definitely will yell about them. I'm sorry. also sorry for what's probably gonna be a long post

//e: I'm adding some busts for now, but they're all gonna get proper profiles ... eventually

A girls band originally founded by Iyori and Kayo. Their style is traditional Japanese but with heavier rock elements (think My Mai Tonight or Senbonzakura) and their aesthetic is usually in the Taisho era territory. Their name comes from rakugo, the traditional art of comedic storytelling (thanks Trish for that name ily). Even though they’re pretty newly formed, their members all have a bunch of experience with their instruments, so they’re decent right from the get-go.

Each member is based off an anime archetype and their sets would mostly feature Japanese stories and fairytales such as Princess Kaguya. The most noteworthy thing about them is that they do not have a second guitar like PoPiPa or Afterglow, instead their ‘second guitar’ is an electric shamisen for the added traditional touch. 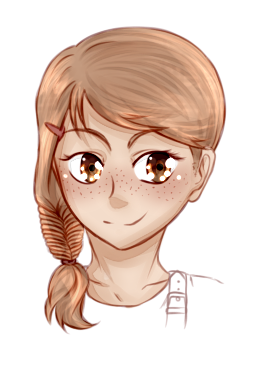 A girl from the countryside who recently moved here. Back at home she was known in her village for her skills on the guitar and the vocals, which she’d often showcase at community events. Nowadays she doesn’t have that amount of support, so she decides to join a band to keep making music. She has a thing for traditional Japan and history in general since her father is a history teacher who would always tell her stories when she was younger. Because Ami’s speech patterns are pretty rural, she tends to make people turn their heads when they hear her talk, but she doesn’t want to abandon them because she wants to feel connected to where she came from still. 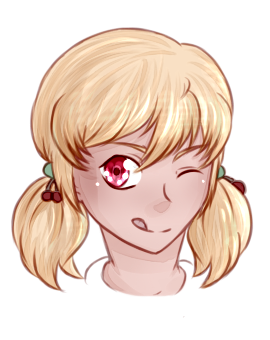 Your local ball of sunshine who goes into everything head-first. Honestly, she just wants to do things because she can and has a lot of excess energy. That’s why she got into drumming in the first place. She lives in a small apartment building so practicing there is out of the question. Because of that, she ends up drumming out in the open a lot and is considered a bit of an attraction for the people around. Optimistic and bright, Kayo’s existence always makes your day a bit happier, but she can be a bit exhausting … And forget to study over having so much fun. Her grades suffer. 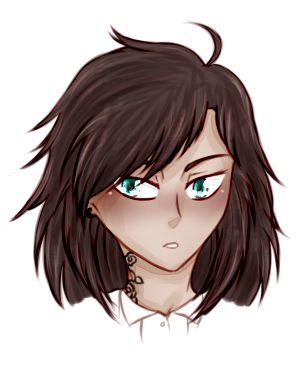 She’s not actually a Yakuza. In fact, she’s easily startled, quick to get second thoughts, and wouldn’t even jaywalk at 3AM on a lonesome street. She just really, really wants to get tougher and thought that creating a persona for herself would help her. Unfortunately she’s a bit too good of an actress and now most people are scared of her. She wears non-permanent tattoos and clip-on earrings and would like to use her newfound confidence (?) to make more friends. It’s not really working out. So when she’s invited to join the band after Iyori heard her play the keyboard, she’s actually very relieved. Miya is confident in her skills, but gets terrible stage fright nonetheless. 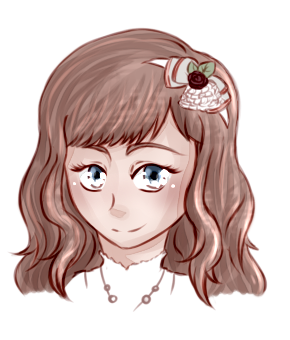 The most adorable girl in town, she does what she wants and how she wants it. Miya admires her genuine strength a lot, as this girl will not take anyone’s shit. With a sweet smile and polite words, she absolutely obliterates you if you dare say something wrong about her or her friends. She really isn’t picky about her Lolita styles but has a slight preference for classic Lolita and likes to incorporate her own touch into her outfits. She plays the bass because she likes that even though it’s subdued and not often appreciated, without it a band would fall apart. She was the first one to propose the idea of a band to Kayo after passing by her on her way home every day. 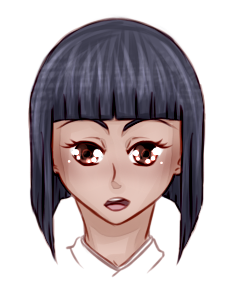 A girl tending to the temple nearby, she’s known for her grace and beauty. She plays several instruments, is well-versed in most Japanese traditions, and always gets up early to make sure everything is fine even before school, earning her the title “Princess of the Dawn”. She’s also a notorious music lover who can and will not shut up about her favourite bands and almost begged Kayo to join the band once she heard them practice outside. Ouka tends to get extremely emotional when she doesn’t have to be acting as the remote lady and loves her friends very dearly since she doesn’t have a lot of time to socialise in between all her duties.