inhales OKAY SO! this may be the last argp news round-up I'll make here, but we sure are going out with a BanG! ... okay yea I'll stop,

so as was announced previously, there were six (6) big pieces of news today and they all sorta build on each other so I'm just gonna ... go in the order that I think works the best HERE GOES 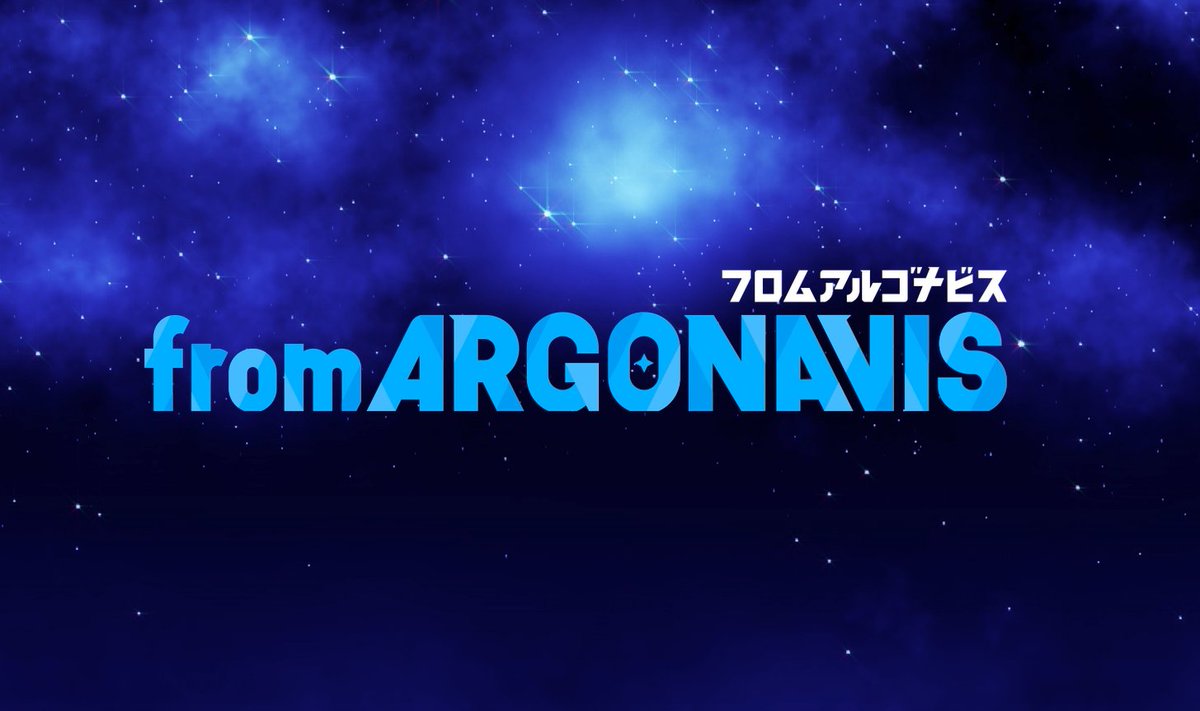 first of all, a full rebrand to from ARGONAVIS! we're dropping the "from BanG Dream!" title, but the "from" remains, just in a different position. honestly this is a way less clunky title but it also means that the franchises are completely separate now. personally I think that's a good thing at this point, it kinda felt like the BanDori label dragged them down more than it helped. plenty of seiyuu have already talked about this, including Jin-kun and Aimin! tl;dr even if the name and shape changes, they'll always be tied to BanDori in their hearts through the time that has passed till now. and I sure as heck will keep considering them to belong together

not to worry though, the story will keep building on what we have. we've come very far! let's see where this will carry us in terms of storytelling. for now, in the foreseeable future, most story content will be distributed in the ways we already had before the app (audio dramas, recitations, lives ...) and then some. they mentioned YouTube as a main hub so that's pretty dang neat

can people please stop calling it AAside now? also look how cute the new logo looks I love it so much more than the old one 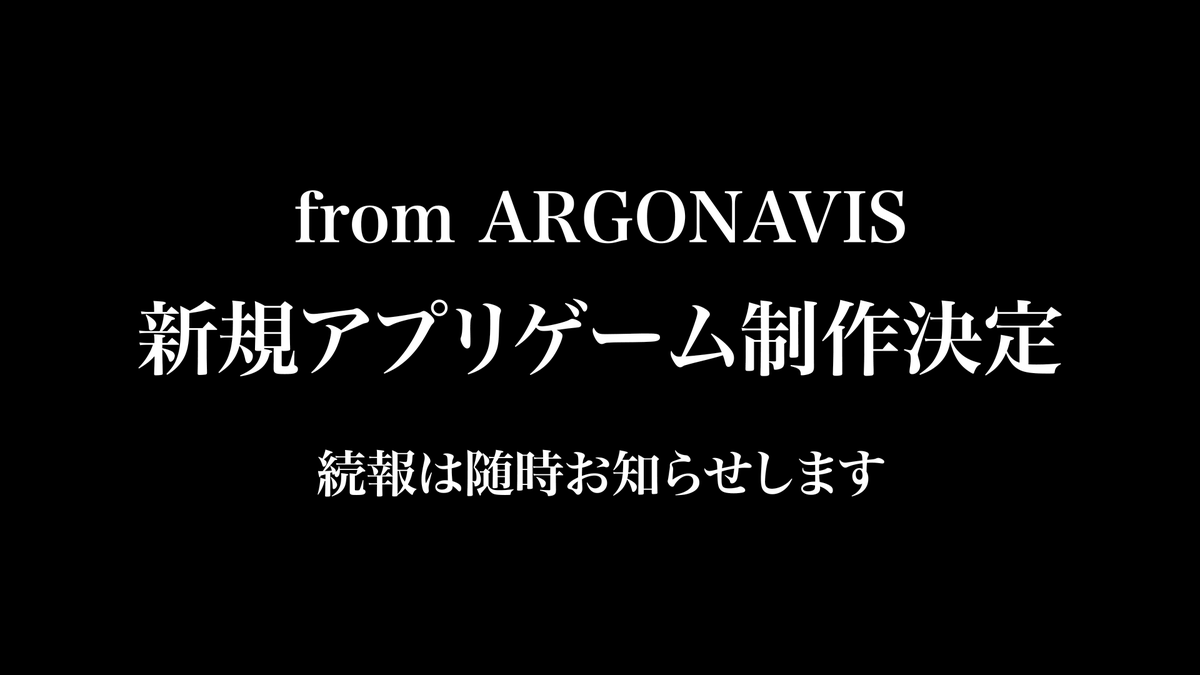 not chronologically next, but I consider it second most important: a new app game is in development! there are no details so far, except that it will not be a rhythm game and also they have a vague release window in mind, but that's all. we don't even know the development studio yet. I will miss the rhythm aspect since I'm picky with rhythm games and AAside was one of the few I rly enjoyed playing, but let me raise my Rens and I will be happy. they also said it'd be pretty story-/character-focused which is all sorts of exciting, the writing in argp is. hggh. so good

as a side note, this also means they're not directly competing with GaruPa anymore, so no more comparisons made! 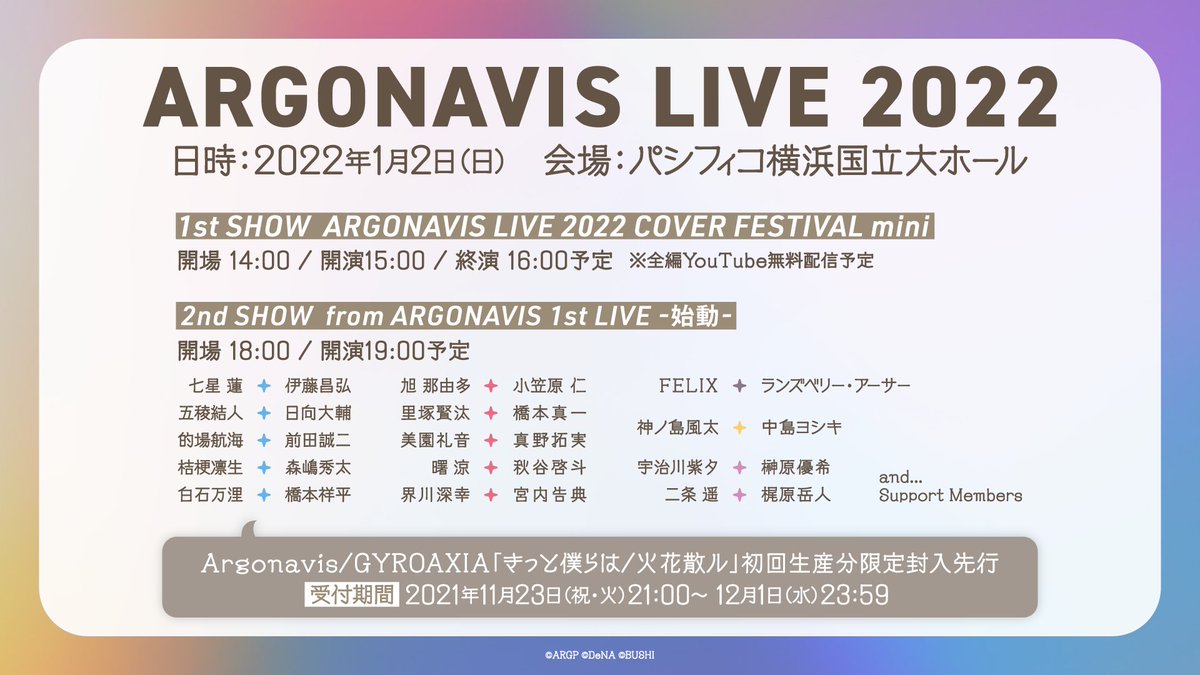 not too long ago they announced a two-part live on 2.1.2022 (D/M/Y format), which we now have more info to! the first part, as we know, is a mini cover festival that will be streamed on YouTube, so catch it if your timezone allows!

the second part now has its proper name - it's from ARGONAVIS's first live, "Beginning", which is the same subtitle that their 0-lives had! it really is a new beginning, or rather a new chapter, in the franchise! also the first time everyone's showing up with full bands, although Fuuta did get a backing band at the first cover festival. 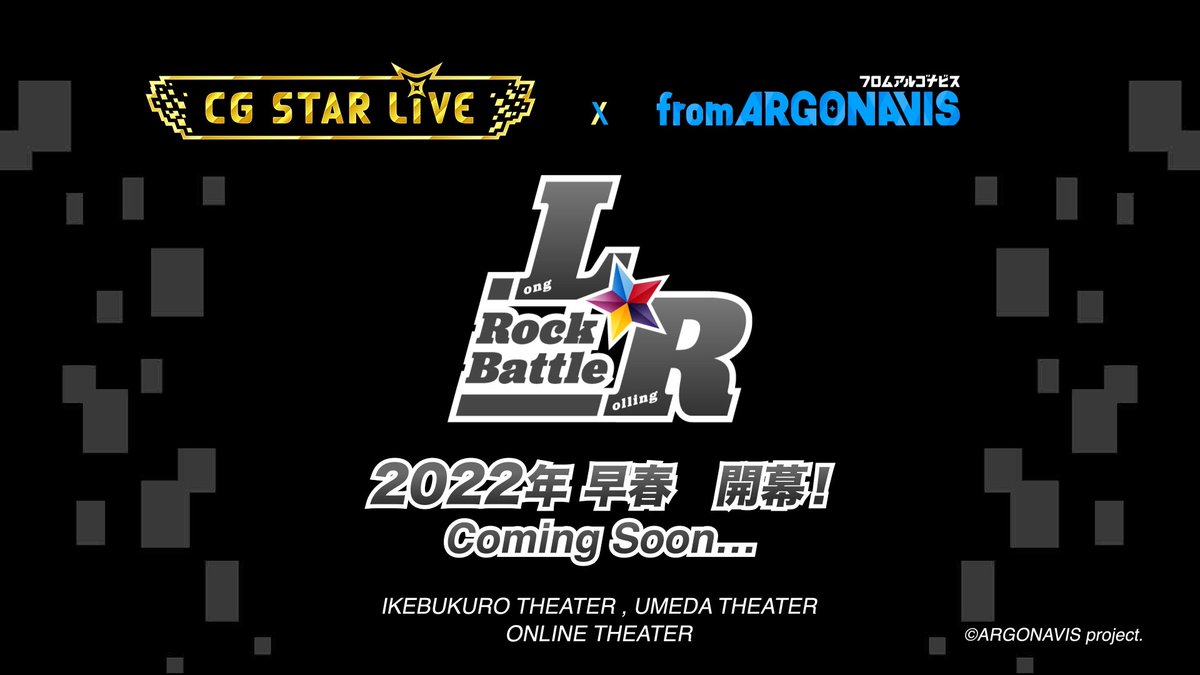 on top of this, they're also doing a CG live in early spring, more news to come in January! looks like they're already pretty far into production, Jin-kun mentioned he's recorded a bunch. this whole thing is helped by Bandai Namco, who if I understood correctly approached them about it personally and I just think that's pretty neat. we'll see if we get it overseas though ...

though speaking of overseas, the president DID say he wanted to make international content at some point in the future if possible! 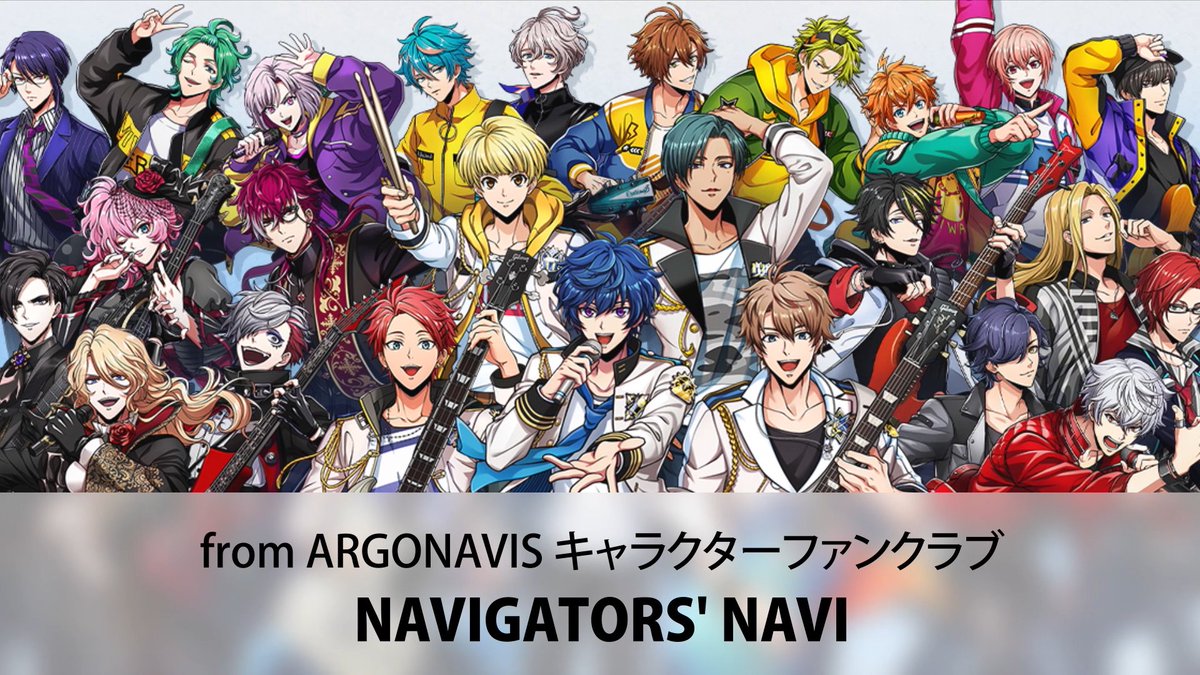 probably not very important for us, but they're also launching official fan clubs, three of them in total. one, Navigator's Navi, will focus on all five bands, whereas Argonavis (Pier) and Gyro (Gear) will get their own focused ones as well. hehe. rhymes. 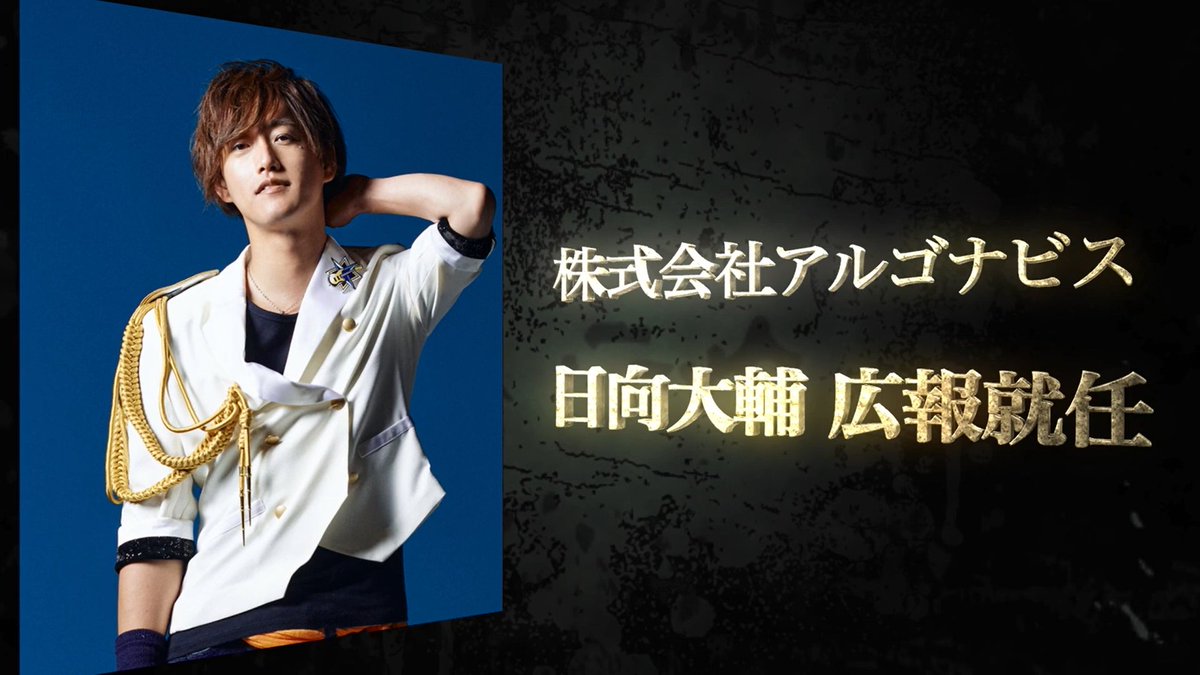 and last but certainly not least, everyone's favourite Argonavis leader, Hyuuga Daisuke, has been appointed PR officer for the new company! congratulations, Hyuusuke, I couldn't imagine a better man for the job. everyone loves Hyuusuke

I also should probably be mentioning that while the company works alone as a daughter company of Bushi/BushiMusic now, the staff stays the same! keeping it separate seems to rly help them streamline things and keep a closer eye on things, so I'm excited for the future.

as I said in my previous post, I'm sure as heck not gonna be shutting up about band boys anytime soon; they may have grown away now, but they'll always have had their start as Band Girls But Imagine If They Were Boys Instead-- uhm I mean. yea feel free to just block me if you don't wanna see it, I know I say this all the time but it really bears repeating.

argp is very dear to my heart!! very!! I cried a lot at today's live but then again didn't we all ... you've gotta be made of stone to not feel things during that Goal Line performance ... yesterday's announcement came very suddenly, but as basically everyone on staff/cast has put it - this is the start of a new chapter. the "first chapter" ended now with Gyro & Argonavis returning to their home cities for their lives, and this second chapter ... I wonder where it will lead ...

I was planning to also make a post going off about the live in general but frankly I am still in shambles and I'm also! really bad! at big emotional things in written text form so I'll just keep it brief right here and now.

this live was ... god ... I am a mess of emotions, the Yuuto focus, the ADORABLE live merch presenting section, the goddang setlist, YUU CHARACTER SONG BUT ACOUSTIC VERSION, oh and did I mention the fact that-- actually no that's a spoiler, if you watch the live (please watch the live) you'll know. I love Argonavis but nobody loves them more than Argonavis themselves. god I cried. I cried so much

having been here from the very start of the franchise and seeing them grow (sometimes I just sit down and watch through all the live vids on the channel and then I cry a lot. I am aware this is a theme here but it is what I do) has been such a trip ... they've faced so much hardship from the beginning - like how much worse than with a shitstorm of angry waifu-obsessed fans can you start - through the entire run of their content - like, yknow, having their main years where things started up for real coincide with a PANDEMIC ... but while the franchise will probably never grow as big as BanDori (which is hard to begin with, BanDori is biiiig), what it created was something one-of-a-kind. a lesser team would have given up halfway. we don't know what the future holds, but I don't think there'll ever be anything to me that is quite like ARGONAVIS. I've loved many things before, and I still do, but they've been feeling special for a very long time now, and will probably continue to do so for years to come, no matter what happens. argp!!! always forever!!!!!!!!! also this post is already long enough so I won't link the seiyuu posts but I will give you this. please hold them gently. thank you 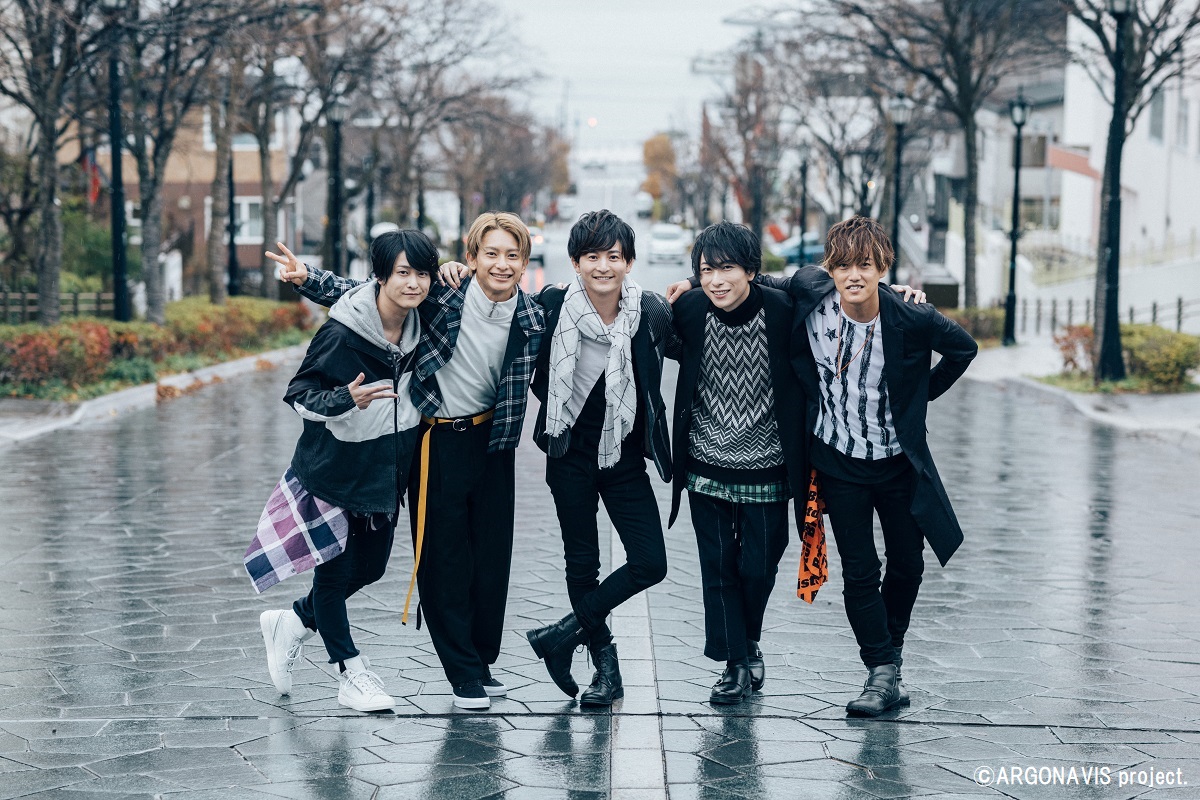