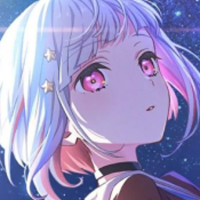 everyone is angry at the new set because "it's nOT KAORU >:(" and "stop putting kasumi in every new set"

I wanted KaoMaya too, ngl, but like... the Yukina card is gorgeous, and you are all just hating on it?? And ignoring Maya and Tsugumi as well, their cards are awesome but "when will kaoru get a 4star" is all you are focusing in??? yes she needs one but ??????

also if you're angry by Kasumi being in lots of events/sets, remember that she is the main character and the leader of the MAIN BAND. at least they put it in events when it makes sense, unlike with most Kokoro events. (however apparently everyone loves Kokoro)

Kokoro events are either HaroHapi ones (okay, makes sense because that's her band) or ones in which she randomly hops in because she thinks it'll be fun. I get why she was in the SayoHina Astrology event because--well, yeah. It's not the randomly hopping in that bothers me (look at the MayaHagu event, Hina and Ako popped out of nowhere), what bothers me is that it's always her. I think that's the reason I kind of dislike her, because I've seen her SO MUCH I'm just tired. And CraftEgg refuses to give her actual development. Make her cry. Make her go out of her persona. Whatever, but stop putting her into events just to make everyone positive. Make a tragic event--heck, look at the Raindrops Sayo event. Hina got her stuff there, so why can't Kokoro?

But no. When it's the main character, it's just ew and repetitive. Call me biased towards Kasumi if you'd like but I'm tired of this.